After much prayer, and Bear’s permission, we’ve decided to pull Bear from her Montessori preschool and enroll her in Classical Conversations in the Fall.  It meets one morning a week.  (She’ll do one more month of Montessori preschool in August so she can celebrate her birthday in the Montessori way and then we will move on.)  As much as we love the school, the long drive, the tuition, and my intense desire to homeschool have made us reevaluate where we think Bear needs to be.  I spent most of last week at a CC parent practicum to learn more about it (hence my lack of posting last week) and finally we decided that not only would we enroll Bear, but I would become a tutor for a new CC “school” starting near us.

We will continue to do Montessori at home, but will be following a bit more of the Classical Conversations subjects and ideas.  Since Bear is advanced for her age, I did order a couple first grade resources; they are in bold. 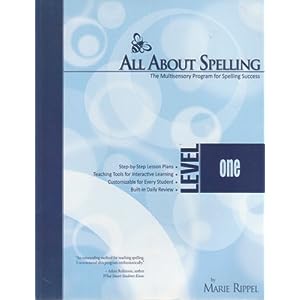 I love Montessori math and we will continue with that but I needed something to help me know where Bear was (grade-wise) and also to ensure I wasn’t skipping over anything by mistake.  Bear doesn’t need much repetition and though most of the moms I met at the CC practicum use Saxon math, I just knew it wouldn’t be a good fit.

As you can probably tell, we are schooling through the summer, but keeping the emphasis on spelling, reading, Bible, math, and French during the hottest hours of the day.  Although, the French playing could be done outside as well.

I’ll post what all of this will look like on a weekly basis because it looks like an overwhelming amount when you look at it in this long list, but I did calculate that it wouldn’t be more than 3 hours of “school” per day, which is less than she would get at the Montessori preschool.  (I didn’t calculate the French playing in there, since that would technically be playing.)


Have you posted about your curriculum decisions for 2011-2012? If so, please feel free to post the link in the comments. Or just tell me your favorite curriculum decision.  I love to see what everyone else uses.  It’s so helpful in making decisions.

Making a Daily and Weekly Schedule